I love the telly, ‘cos it makes me laugh. The devices they use to enable quick resolution of a plot, which they then DON’T use in later episodes because they need to string things out. And other foibles. For example, a recently bought laptop has a geolocator in it, so they can find it in seconds. Next week, they can’t even open its hard drive. This week facial recognition works on a blurry pic, next week a perfect resolution shot baffles the system. And DNA can be done in a minute, not to mention (a personal favourite) a quick telephone call from NCIS to get a bug in a Mosque – I’d love to see the paperwork needed to get THAT done in less than ‘ever’.

This week, I watched an action programme I won’t be watching again. The good guy had one hour to get from an office in central Las Vegas to kill the bad guy. The lift would’ve taken 20 minutes to get to the front door of the skyscraper he was in, for a start. Never mind his lack of available transport. They also glossed over the fact that when the hour was set they had no idea where the bad guy actually was. Strike 1.

That wasn’t the whole howler for that episode. There was the bit when the ever-present access-from-anywhere CCTV hacked into by the goodies said, “They’re heading south on the Strip!” with a bleeping blob where they were – well south of Las Vegas. Good guy set off and caught up with them at Fremont Street (the famous part of old LV where they filmed the car chase in Diamonds Are Forever) – which is NORTH, and completely the other side of the city. Strike 2.

Final nail in that coffin was when the good guy got the the aforementioned unknown airfield, where bad guy was taking off in a decommissioned C130 Hercules transport plane, built in the 60s-70s would be my guess. Pre-internet/Wi-Fi. Good guy’s IT woman said, “I can’t get into the telemetry to switch it off, but I can get into the hydraulics’, so she opened the door for good guy to run up to the moving ‘plane, and jump on.

Telemetry – implies ‘transmission of data’. Hydraulic systems are independent units with fluid controlled operating systems. How the hell could she NOT do ‘telemetry’ but COULD do hydraulics? Even assuming she could do either? Strike 3.

(Not to mention how Good Guy shot the pilot dead and then bad guy jumped out with the only parachute, so good guy jumped out after him. Me, I’d have got in the pilot seat and hit bad guy with the ‘plane, then landed it with ATC assistance……)

I know that this is all cobblers, really I do. But my experience in the police shows that the general public actually believes this stuff is do-able, so when I can’t detect their crime in 20 minutes, including ads for a cuppa, they go all ballistic on me. And given HM Government’s belief that a computer-centred enquiry can be done with a 28-day bail period indicates that they have been watching the same programmes, where Good Guy deals with one thing at a time and concludes it (a) quickly and (b) before other problems arise.

On the other hand, I do laugh at these script devices, and that is something.

Now, is the ‘Detect Crime’ button to the left or right of ‘Ctrl’?……

“It makes all the difference in the world whether we put truth in the first place, or in the second place.” John Morley

Have you ever been part of a decision making process, meeting, consultation, or planning session where someone has made a proposal which you found to be dishonest, disingenuous, manipulative of the facts, and in any sense designed to promote, perpetuate, initiate or act on the basis of a lie?

(Newspaper editors, politicians and lawyers know they have.)

And when you were part of that process (etc.), what did you do? Did you seethe and say nothing at all? Did you raise your objection but accept the final consensus, albeit reluctantly? Or did you act on your objection and remove yourself from the situation entirely?

I guess that for all of us, there are criteria which we apply to such events, which are essentially values-based. And it is our values that dictate our ‘next step’ when these things occur.

For example, what is the ultimate objective? Is it to retain the respect of the individual in charge because we acknowledge the difficulties they themselves face? Is it to play a long game so that we can address the situation better, when the sugar hits the fan and someone needs to have been ready to remedy the situation? Is it to stay in the loop to ensure that mistakes are accurately reported and the blame firmly laid where it should be? Is it to keep your job, which has wider responsibilities and opportunities than this one decision affects? Is it to proactively accept the decision because we acknowledge that we may not have the level of competence required to better understand what is needed?

The decision is always yours, to act in keeping with your values, and more importantly, with your own interpretation of your values.

Which means that when that questionable decision making process is finalised, how you respond may not be how I would respond – but that doesn’t necessarily make you wrong. What DOES make you wrong is when you then follow a party lone despite KNOWING it to be dishonest; when you defend someone you KNOW is guilty; when you edit a report to justify your OWN agenda rather than chronicle the whole truth; in essence, what makes you wrong is when YOU negligently (bad), recklessly (very bad) or deliberately (very, very bad) fail to comply with what YOU know in YOUR heart is the right thing to do.

And the kicker is that when you do that, not only does the situation tend to deteriorate – but you do, too.

Stand up for your beliefs. No-one else can be relied upon to do it for you. 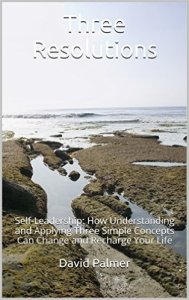 Go HERE to get this book via Amazon.

“When we exercise the courage to set AND ACT on goals that are connected to principles and conscience we tend to achieve positive results.” Covey/Merrill, ‘First Things First’

And this was brought home to me this week, in two ways.

First of all, I have been establishing a training and coaching business (see this page ) and the business model involves making calls to business to seek their help in my provision of a keynote talk on overcoming procrastination, a talk after which I invite the attendees to come to a formal programme. I may have mentioned before that I hate making telephone calls at the best of times, so making unsolicited calls at the end of which I may be rejected was, shall I say, challenging?

But I set the goals (probably months ago, to be frank!) to make said calls this week and, ennobled by a colleague’s own success in making an approach to estate agencies, I did the same. I made a list of local agents and worked through them.

I was not called names. I did not die a horrible death. I overcame my dread (okay, it’s not facing a horde of Zulus but I have been spared that horror because some braver men did it for me in 1879) and established a positive experience that will serve me in the future. I also salved the conscience that’s been shouting at me to act. Lesson taught, and learning accepted.

But there was an added lesson. As I was making these calls my son walked in on me. He is involved in a college course, part of which requires him to do 300 hours relevant work experience. He is a shy lad, but owing to the desire to get the work (farming) and the failure of the college to provide any meaningful assistance, he has had to overcome that reluctance to deal with people and he has spent the week touring farms, talking to strangers and asking them for help. He appears to have met with some success.

And the bombshell – having nagged him to get out and put himself about because that’s what we coaches do, he looked me right in the eye as I put the phone down on a call and said, “Now you know how I feel.”

Boom! Right in the conscience, son! Twist that verbal knife! (And impress me with your wisdom.)

And was he right? Damn right he was right!

When we overcome our fears, however small and illogical, we make ourselves something better than we were before. It might only be a little bit ‘better’ but as Emerson said, “Little by little we build our power.” I remember my first public speaking effort. I was asked just to introduce myself. I got up and burbled for two minutes, then sat down – desperately wanting another go! That ‘little’ built so much power in two minutes.

Every time we leave our comfort zone, regardless of the results, we grow. So does the zone, so we have to stretch further the next time we want to leave it. Occasionally we don’t only enter the ‘stretch zone’ that sits immediately outside the comfort zone. Occasionally we are shoved mercilessly into the Panic Zone. And when we emerge from there, battered and bloodied (or even unscathed) we are all the greater for having been there.

Seek your greatness. Stretch yourself. Listen to your conscience and your Unifying Principles and, when the opportunity arises or life asks you to comply with them – do so.