But there is another HalfLife, the one proposed by Stephen Covey, who opined that the Half Life of a career is as little as 2 years, and what he meant was that in just 2 years the currency of your professional knowledge is reduced by half if you don’t maintain competence (Second Resolution). I know from my own experience, after returning to work after an 18-month post-retirement absence, that a lot of new mnemonics and practices had been created while I was gone. I was still competent to do a lot of stuff but I would have needed some retraining to get back up to full speed. Which is why, when it was appropriate, I chased up the training I required.

A surprising number of people object to on-the-job training and to attending courses. I know that some of their reluctance is down to a perceived interruption to the work that they are already doing, that mounts up inexorably while they are away and, occasionally, the belief that the training is unnecessary and irrelevant. We had a saying in the police:

“That was a three-week course crammed into six.”

But if we are to stay relevant, if we are to provide the best possible service, we have to keep up with developments within our selected professions if we aren’t to become redundant-but-still-present.

The problem with being redundant-but-still-present is that it can all too quickly turn into ‘just’ redundant. Being on top of your game and staying on top of your game aren’t distinct processes – they are the same thing. What’s more, by properly engaging in the training you are offered, you start to develop the ability to influence that training – to make sure it IS relevant and appropriate rather than a tick-box exercise.

I do chuckle at CPD that requires ticking a box that you read something. Who actually reads something if all you have to do is declare you read it? Well, the ethical do, but that isn’t all of us, is it?

Look upon training as a development opportunity, and opportunity to ask questions, and an opportunity to have a bit of a rest from the daily grind of that real work you’re worried will come back and bite you.

Of course, the ability to do the latter, to relax during a course while other work isn’t getting done, requires that you apply some of the time management advice of the kind I promote.

So welcome training, seek it out, maximise its effectiveness and utilise what you learn as quickly after the training as is possible.

Or that career you thought you had for ever might just be half as long as you expected. 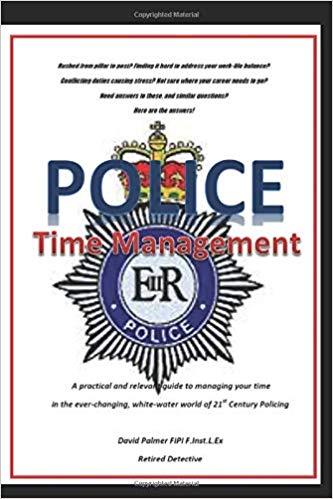