“Why aren’t I sticking to, and achieving my goals?”

Been there? Done that? Me too.

This week I are been mainly studying First Things First, as Jesse would say*, and last night I was reading about the continuity of goal planning.

(Briefly, and as many a corporate employee would understand it, continuity in goal-planning means ‘Values dictate Mission dictates Roles dictates Goals dictates Action.’)

Covey was illustrating how often people fail to come through on their goals they set because they don’t truly understand themselves, a subject he also touched upon his The Three Resolutions chapter in Principle-Centred Leadership (1991). By extension, if you are not sure what your role is (at work or in any other context), you are already hampering any potential achievement.

This all struck a chord with me. There are some goals I have executed upon – and executed well. For example, my time management book and The Three Resolutions were the result of a disciplined effort over quite a period of time. My advanced driving qualifications and the subsequent opportunities to teach others that arose from achieving that goal are also a bit of a source of smugness. The jobs I got and the professional qualifications I have – all the result of a goal set and the work done.

But there are so many goals I have made over the years that simply never get ‘done’. Or they do get ‘done’, but only temporarily.

I suspect it is because I can’t answer the following question in the right way. Covey asked me to ask myself

“Do I really want to do it? Am I willing to pay the price? Do I have enough strength to do it? Do I accept the responsibility for my own growth? Am I settling for mediocrity when I could be achieving excellence? Am I blaming and accusing others for my own inability to set and achieve goals?” (Covey, Stephen R.. First Things First . Mango Media. Kindle Edition.)

Charles R. Hobbs also touched upon this area when he wrote how Ben Franklin set 13 values-based goals. He’d originally set 12 but asked a Quaker friend his opinion on those. The Quaker suggested he add ‘Humility’ as a value, and act accordingly. In his autobiography, Franklin wrote how this was the hardest value/goal to achieve, and he’d frequently failed to achieve anything other than the appearance of humility.

The reason for his failure? The value, and the goal – weren’t his. They were suggested by A.N. Other.

The goals I fail to achieve are the ones I am supposed to want to achieve. They’re the ones espoused by all the coaches in the civilised world – health and fitness. Even when I have achieved them – got to the target weight, trained and run the long distances – I have drifted back to largesse once the goals’ metrics were achieved.

Achieving ‘other peoples’ goals’ is rarely sustainable. (Which means when I see a colleague is ‘delighted’ to have been awarded a career-threatening project, I cringe. I always noted people had to be ‘sent’ to domestic violence units but volunteered for fraud squads.)

That said, if you can genuinely, smilingly and pleasantly commit yourself to achieving that other person’s goal because doing so satisfies your own values, then I happily salute you. While jealous.

So in order to achieve someone else’s goal, you have to find a way to make it your own. Not by force, mind. The connection between values and goal has to be genuine, or it just won’t sit right and get done well, if at all.

Today, try this: See which of your values support – or even undermine – your personal and work goals.

You might find out something that you really need to know.

*You have to be British and over 40 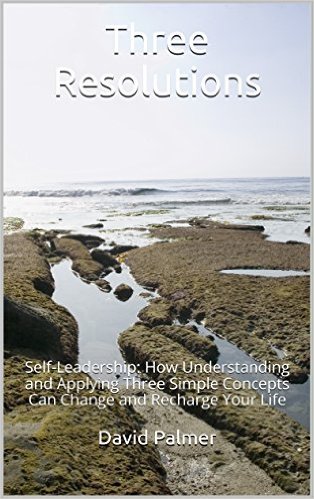